Over the holidays, we had the opportunity to take family photos… twice! One was for our own immediate family, and the second was a family photo session out in New Hampshire that Pete and his siblings gifted to his parents.  Pete and I aren’t particularly great about taking professional photos or updating our photos that we display in our house.  Perhaps this will be a new goal for 2020 and beyond?

Once we got the photo sessions scheduled, I took on the mighty task of finding coordinated outfits that would work and fit “my style.”  We tend to be a bit casual and I keep a very monochromatic wardrobe at home. I am happy with the results, and learned a few lessons along the way that I thought I’d share. 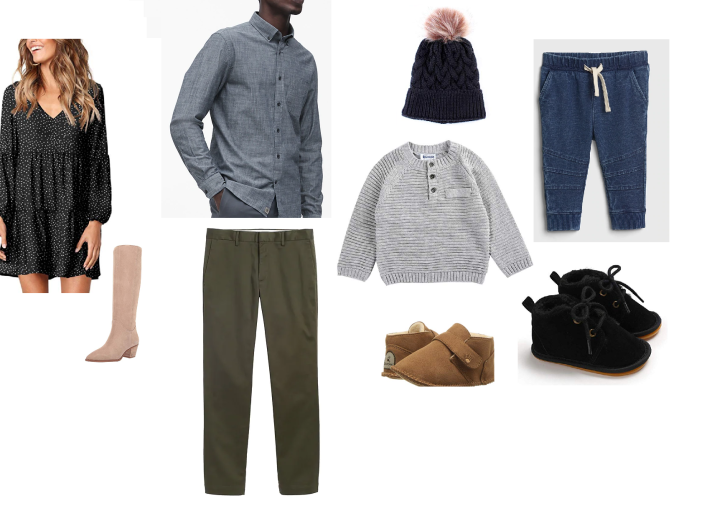 This being my first rodeo with styling a family of three, I developed a “rule” to styling outfits. So, my first tip to picking out family outfits, is to pick 2-3 colors that will coordinate the photo, but do not put everyone in all three colors. Perhaps 2 of you wear one item in that color, even in different shades, and then 2 of you wear something of a different color that coordinates. I made some mood boards based on clothing we already had, or would be ordering, to help me narrow things down.  I chose a black dress that matched Brooks’s hat. I also planned for Brooks’s jeans to coordinate with Pete’s chambray shirt. That board above is the closest to what we wore for photos, but instead of green chinos, Pete wore khaki corduroys, and Brooks wore some darling green corduroy overalls with a sweater.

This seems obvious but some of us can perhaps get carried away with the look we want and it may not be practical.  We took photos on a 40 degree day and Brooks was dressed warmly but still had a red nose and wasn’t too pleased about it all.  I recommend LOTS OF LAYERS for the kiddos. This tip is actually two pieces of advice.  First, think about scheduling times from a “when we will all be the happiest” 🙂 perspective. Especially with those little babies and toddlers, scheduling around nap time is super important. Did we do this for our first photo session? No. Our photographer suggested a few times during the morning and evening “golden hours.”  We agreed to a time, which was scheduled directly at the tail end of his awake time, so we had an irritable baby who mostly cried through the whole session  and did not smile once.  And he normally is all smiles! 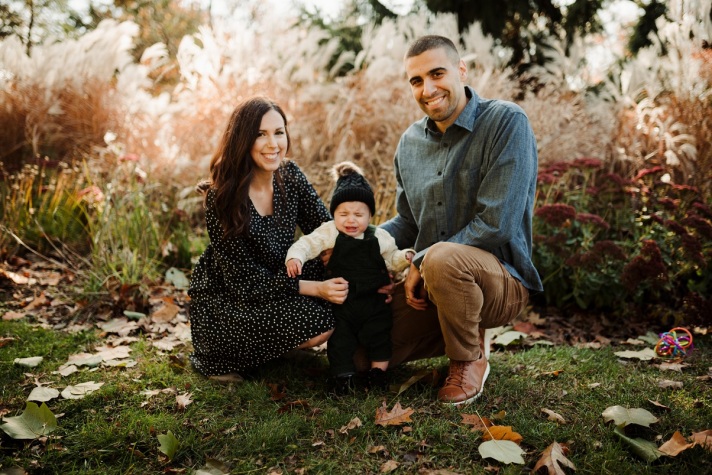 So, yes, if you can plan it, I highly suggest picking a time that falls right AFTER a nap and a meal.  We did this for our second extended family photo session and it went so much better.  I share some of those photos at the end of this post.  Second – think about timing and give yourselves ample time to get ready. I thought we were so on the ball, but after meltdowns, getting in the car seat, and grabbing the extra outfits that we did not end up using (see Tip 5 below), we were a few minutes late.

I did not get Brooks fully dressed until we got to the location where we were shooting.  This was a good approach to avoid wrinkles, spit-up, etc. and I would do it again. However, it was a bit crazed with the cold weather and being late, we did it all in the backseat and boy did I work up a sweat!  Also, with that rush, one of the buttons on his overall straps ripped through, leaving a big hole in the overall strap.  Pete was able to arrange it in such a way that it was not noticeable in pictures, but I really wished that I had some safety pins on me at that moment.  So, be prepared! Pack a small baggie with a few bobby pins, double sided tape, and safety pins.   Also, pack some fun attention-grabbing toys. It will help the photographer get the baby to focus. 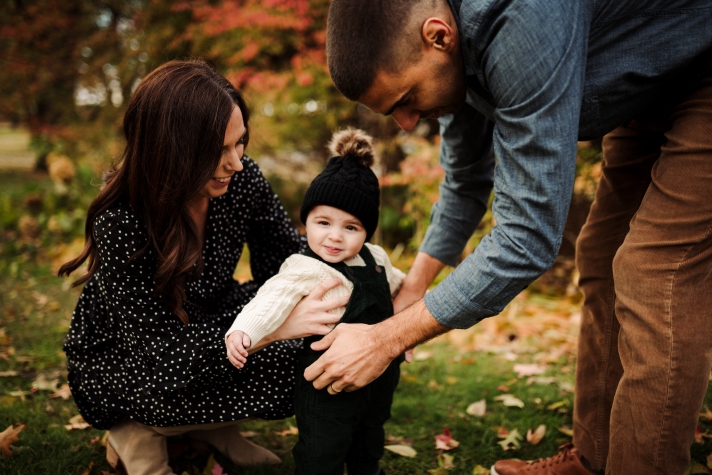 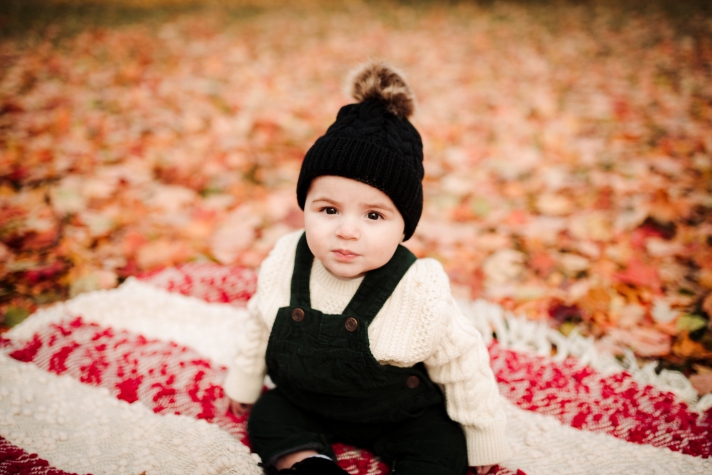 My last tip is for those of you as indecisive as me. I planned three very nice coordinating outfits for us all, and then narrowed it down to two.  I was convinced we would be able to switch outfits halfway through the shoot, like so many other examples I found on Pinterest, so we packed a second outfit for everyone.  This was not realistic, with a baby, in the winter weather, and a 45 minute photo session.  It ended up being a major waste of time, both with shopping ahead and packing.  So, don’t even get your hopes up, folks. One outfit.  It might be good to pack an emergency backup for the babies, but don’t plan on using it.  Since I wasn’t able to change outfits, I am going to show you what we planned on wearing: 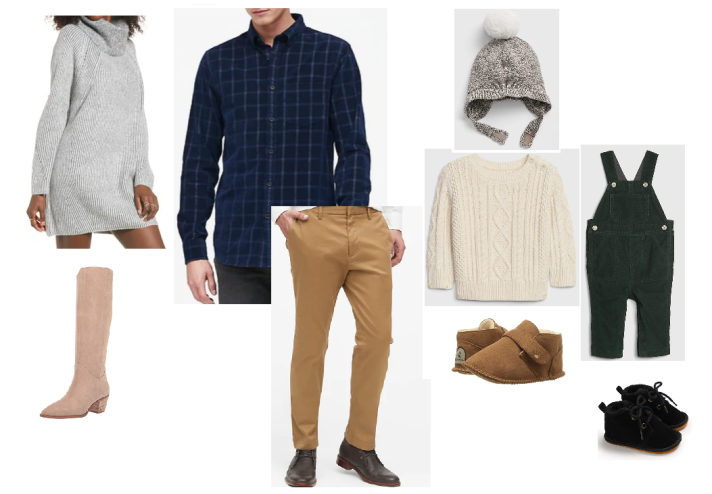 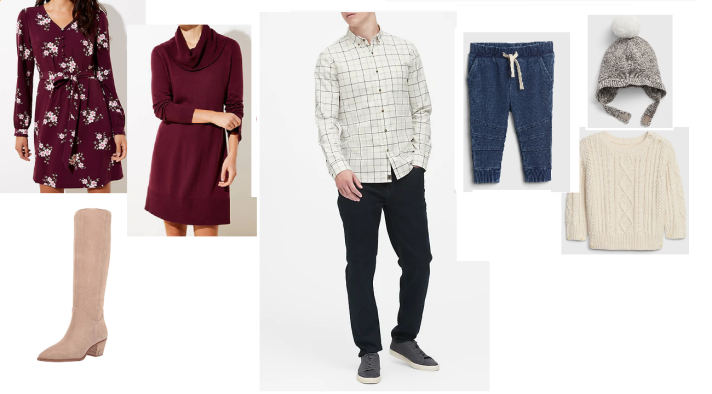 I am so happy with how our photos turned out and I can’t recommend HeyButtercup photography in Northern Illinois enough!  Touy does photography on the side, but he is so talented! 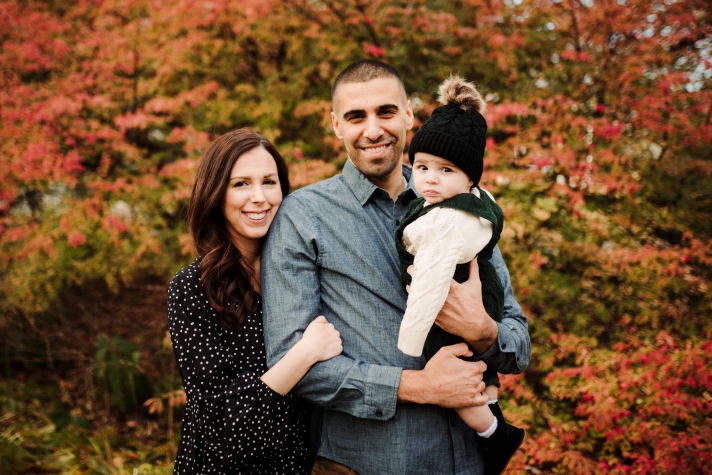 And lastly – here is a picture of us in New Hampshire as part of our extended family session. 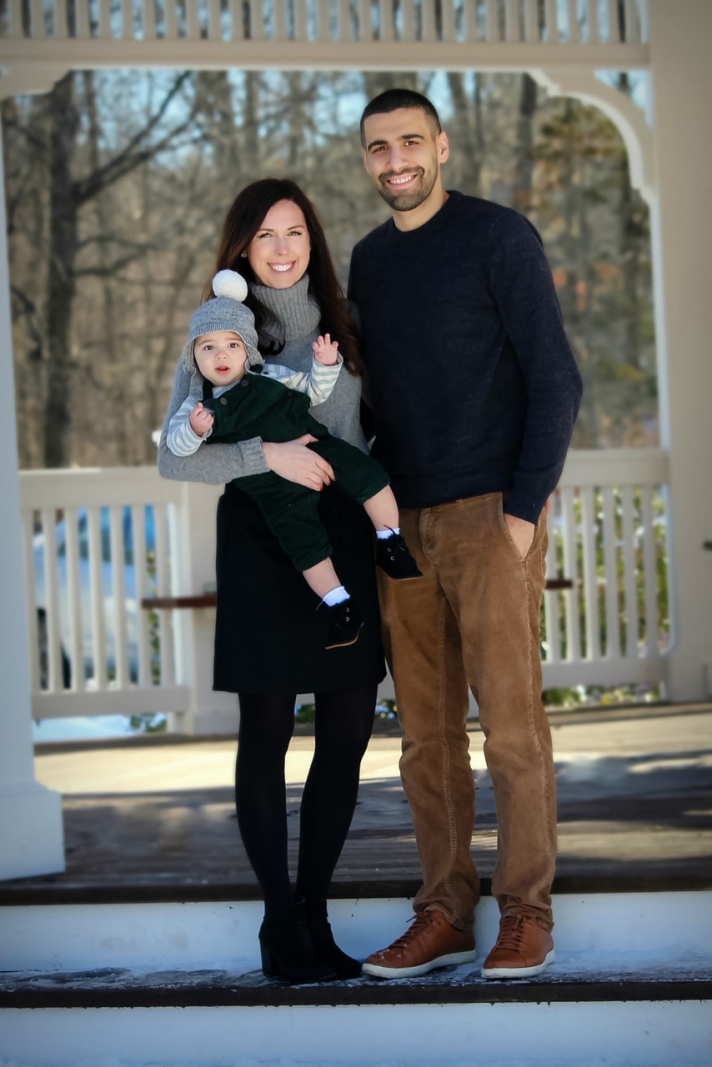 View all posts by Paige